Examples where "fake" source turned out to be the real thing

Examples where "fake" source turned out to be the real thing

The prejudiced wrong treatment OL MS has received for 123+ years does not take place in vacuum. Here we catalogue some similar examples. Others wanting to give more examples are free to join in.

1. American Grolier Codex was long thought to be fake, but turned out to be real about 1000 year old text in 2018 (source, another source).


2. The Phoenician cosmonology of Sanchuniathon was apparently considered to be a Greek re-telling of the Phoenician original, but according to Wikipedia:

turned out to be supported by the Ugaritic mythological texts excavated at Ras Shamra (ancient Ugarit) in Syria since 1929; Otto Eissfeldt demonstrated in 1952 that it does incorporate genuine Phoenician elements that can now be related to the Ugaritic texts, some of which, as shown in extant versions of Sanchuniathon, remained unchanged since the second millennium BC
[Source: Wikipedia on Sanchuniathon]

This author claims similar situation for OL regards ABC19 Weidner Chronicle and Sumerian King List. Furthermore that OL episode of Tunis's naval journey with descendants of two Finnish army groups after the sinking of Altland was the model for Sanhuniathon's peculiar note on how when Atlas fell the descendants of Dioscuri went on to a naval journey to consecrate a temple at Levant.


3. Helena Blavatsky was erroneously claimed as fraud for her sources in Secret Doctrine or Book of Dzyan affair and it was only so late as in 1970s and 1980s that other researchers realized she had been using real Tibetan sources all along, just as she claimed (source, more specific analysis).


4. Similar to Blavatsky, Nicolas Notovich reported seeing in Asia ancient books dealing with Jesus' life in India and had to defend himself for rest of his life from charges of fraud. Later other researchers taking the effort to visit same locales could corroborate them and verified the actual existence of the original sources (source, book for sale containing the report). Jesus' life in India is mentioned also in likes of Bock family saga, known to public since 1984 and is the likeliest role model for medieval Norse saga accounts of seeking the Christian paradise in India.


5. Rohonc codex is a mystery manuscript similar to OL that has been thought of as literary hoax. Researchers have however been able to show that it contains a real language, not a fake one, plus have been able to decode portions of the text as genuine Christian religious texts (source). The codex uses chronology similar to Anglo-Saxon chronicle (that seems to be based on the OL one) and contains letters similar to the ones in OL. 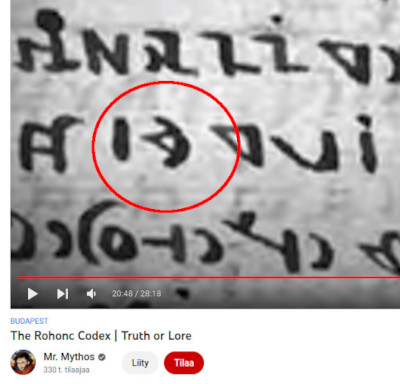 
6. Bock family saga, known to public since 1984 when it was first time recorded down into folklore archives, has been over the years continuously ridiculed by laymen and (some) academics as made-up 1970s or 1980s fakelore. Yet the dynasty described in the saga turns up in medieval historical contemporary or near contemporary reports (priest Sicco 'Buck', Lammechinus rex 'king Lemminkäinen', Narayrgen 'Men of the Sun'). Its stories about a Nordic paradise garden of Eden, likes of pagan Ódainsakr or Undensakre as Christian Paradísum, and its cultural notables, e.g. evil Nordic man Krishna or Jesus' Nordic roots, were once real medieval European cultural traditions known to Icelandic Norse and popes alike. 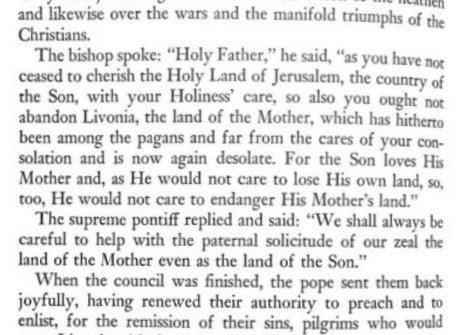 
Furthermore when a Buddhist description of a distant northern holy land Uttarakuru is translated from Sanskrit to English (city names, person names of Āṭānāṭiya Sutta) the core of Bock family saga emerges, evidence that the Odenma holy land was an old story already in 500s to 400s BC. Finally, in 2022 an actual medieval axe head was found from inside the Lemminkäinen temple cave with preliminary (untested) dating of 1100s. Axe head is notably similar to other similar axe head finds dated to 850-1050, meaning the saga story of treasures hidden into the cave in year AD 987 could be real after all.


It may be also necessary to point out that knowledge about Nordic prehistory gets physically deleted over the years: ... thus the idea that any pagan Northern European finds would automatically be safely preserved, put into museums for people to see and studied by academics is not accurate.
Top
Post Reply
1 post • Page 1 of 1